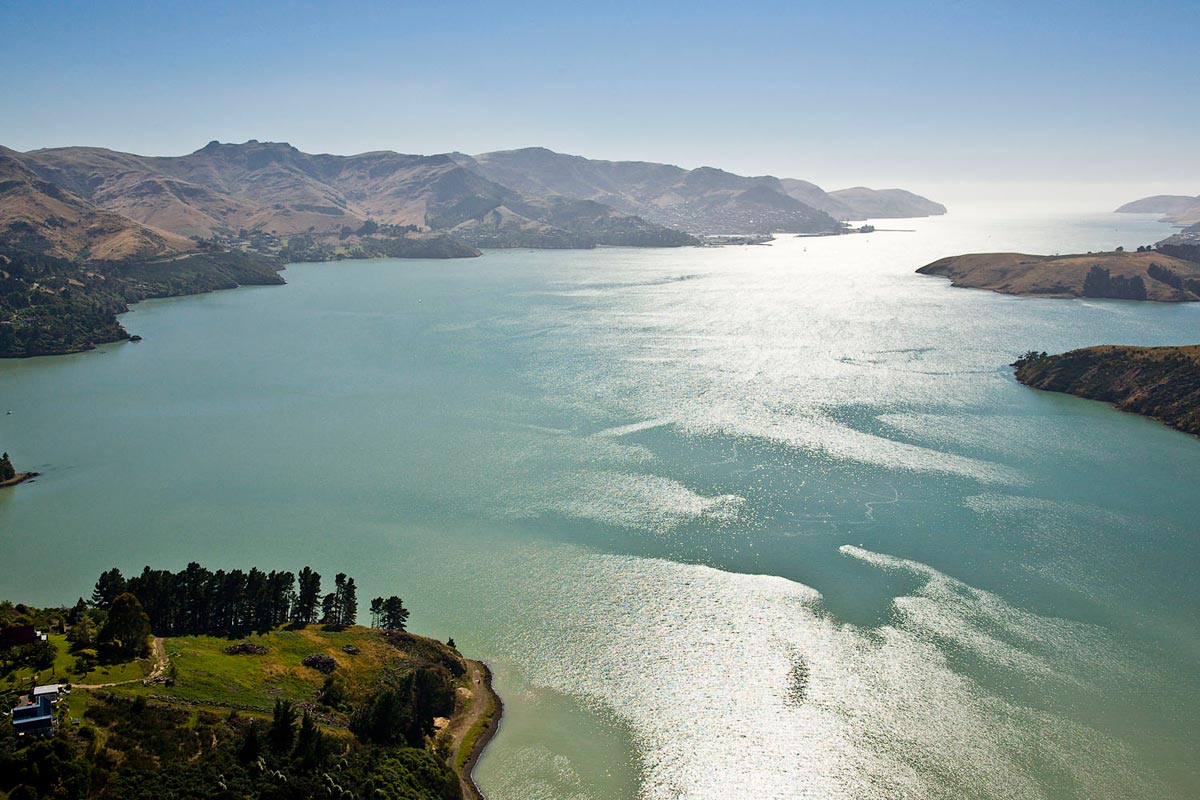 I had been in contact with the manager of Five Star Beef who was wanting to update some old aerial photos of their operation, situated on the coast near Ashburton. He was interested in timing the photographs to coincide with high stock numbers on the feedlot, snow on the alps and a perfectly cloudless blue sky day, so that meant taking the photos during the winter months.

The shoot was timed for mid-morning to have the sun on the alps. There appeared to be a window of 2-3 days fine weather a week or so after the hills had been covered with snow, so the pilot was put on standby. The first morning, the conditions were perfect in Ashburton but fog and low-cloud prevented us getting airborne from Christchurch by the required time. The second day dawned fine and frosty both in Christchurch and on site. After a quick phone conversation with the manager at 8.15 am to confirm conditions on site, we were airborne at 9.30 am with the aircraft configured for vertical photography. 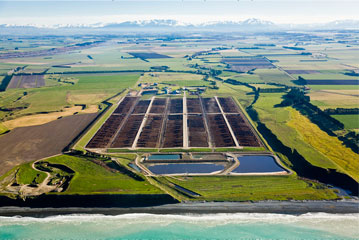 Prior calculations had determined we needed to be at 3000 feet above the site to take in its boundaries. A gentle climb on the way to the site had us at altitude when we arrived. After making several passes following a flight-line that had been programmed into the GPS, we descended to the local airfield to reconfigure the aircraft for obliques. While we took photographs from multiple directions, the ‘money shot’ was looking directly up the centre of the site with the alps in the background. Because the weather took some time to co-operate this particular winter, stock numbers had fallen a little from their peak. There was some considerable haze about on the morning of the shoot, so photographs were taken with and without the use of a polarizing filter so we could choose which set of photographs was going to prove more satisfactory.

After landing again to replace the door, it was back to Christchurch to work on the photographs.

Digital photographs almost always require some post production work when such factors as file size, white balance, contrast, brightness, clarity, saturation, noise reduction and sharpening are optimised for the intended usage. In this case, because of the amount of rain prior to the shoot, the ‘money shot’ had evidence of some ponding in the cattle pens that reflected the blue from the sky, so a second shoot was organised for when the surface water was not going to be a factor. The final results were the compilation of photos taken during the course of the two shoots.

Once the processing was complete, several sample photos were emailed to the client, and a disk with the finished results was posted.